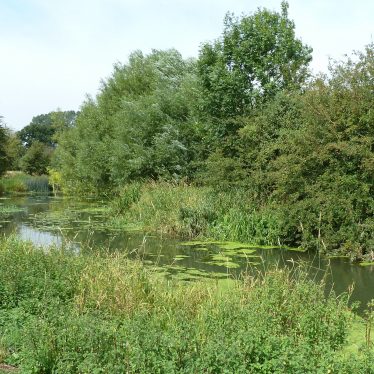 Site of the old water mill at Weston under Wetherley (island in centre of river Leam).
Image courtesy of Jane Jones 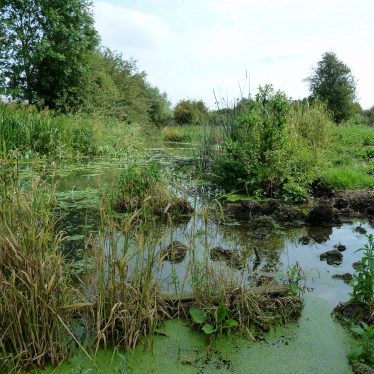 Site of the old water mill at Weston under Wetherley (island in centre of river Leam).
Image courtesy of Jane Jones
Description of this historic site

Weston Mill, the site of a watermill for which there is intermittent documentary evidence from the Medieval to the Imperial periods. Some brick foundations survive, together with earthwork traces of watercourses. The location is 1km west of Hunningham.

1 A mill existed in 1316.
2 The mill is marked on Beighton’s map of 1725, but nothing else is known of its history until the 19th century. Information on ownership exists for the second half of the 19th century. The mill is shown as working on the 1886 OS 1:10560 map, but had become disused by 1900 and was demolished shortly afterwards. The watercourses of the mill can be followed and some brickwork remains on the site.