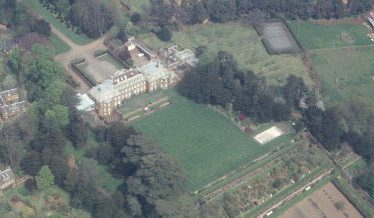 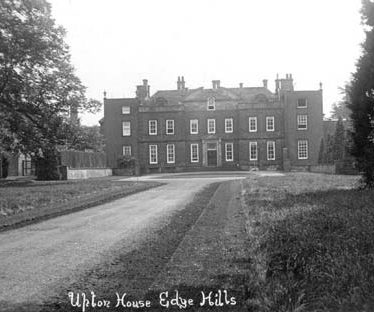 A view of Upton House, near Edgehill
Warwickshire County Council
Description of this historic site

Upton House, a country house that was built during the Post Medieval period. Alterations were made to the building in the 20th century. The house is a listed building.

1 This Grade II* Listed Building is a 2 storied building with a hipped roof and walls of local brown Hornton ironstone. It was designed to look over the gardens, which are also registered as Grade II* (SMR No. 6954). Descriptive text and illustrations.
2 Built 1695 for Sir Rushout Cullen. Possibly designed by one of the Smiths of Warwick. Possibly altered 1710, Addition/alteration 1735. 19th century alterations and remodelled 1927-1929 by Percy Morley Horder for 2nd Viscount Bearstead. See source for detailed architectural description.
3 Numerous alterations have changed the face of Upton over the years. The central part of the house, bounded by the stone quoins rising at the courtyard wall, was built for Sir Rushout Cullen in 1695. Originally there may have been further recessed bays to either side. The absence of any records at the house makes reconstruction of its history a matter of speculation. 1735 bought by William Bumstead who may have added door surround and segmental pediment. This plus carved stone bolection-moulded window surrounds with small key stones and string course which dips at each window suggest similar to other houses in Warwick suggest a local builder. (for more extensive description of exterior and interior rooms see source).