You are here: Home>Locations>Stratford-upon-Avon>Tramway Bridge, Stratford upon Avon 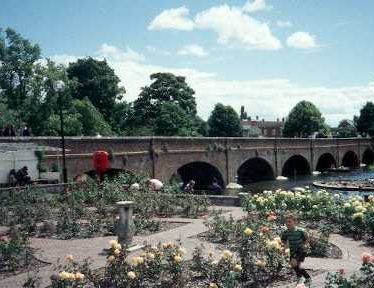 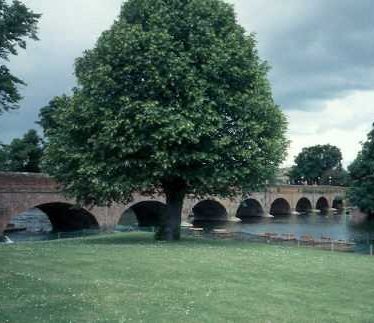 The Tramway Bridge which crosses the Avon 100m west of Clopton Bridge. It was built during the Imperial period with eight red brick arches, to carry the horse tramway. It is now a footbridge.

1 The Tramway Bridge, a hundred yards or so downstream [from Clopton Bridge], is a red brick structure of a pleasing design and was built in 1823 to carry the horse tramway which connected the wharves at Stratford with Shipston on Stour.
3 Consists of eight arches and is built of red brick. It now serves as a footbridge.

Linkedin
More from Stratford-upon-Avon
More from Bridges and Viaducts