You are here: Home>Locations>Brandon>The Fosse Way 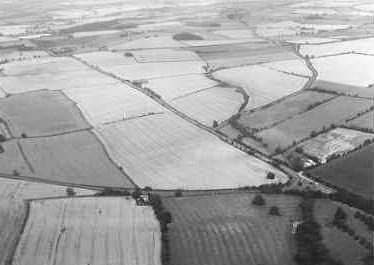 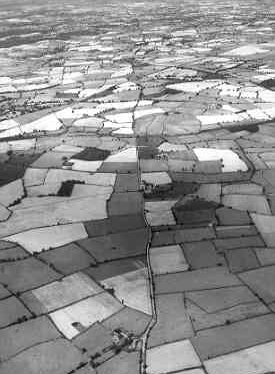 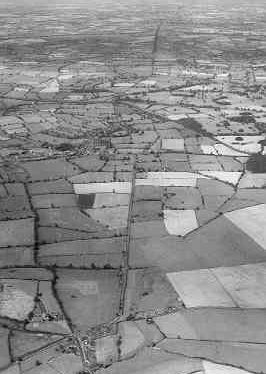 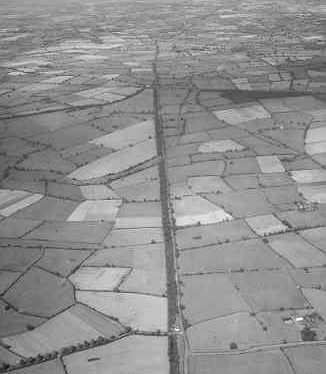 The Fosse Way, a Roman road of mid 1st century origin, running from Cirencester to Leicester, partly along a temporary frontier line. The road runs to the south east of Stretton on Fosse.

1 The Fosse Way probably originated as the link road along a temporary frontier line and was in existence by AD 47. Between Cirencester and High Cross it runs remarkably straight and without major settlements. In Warwickshire, the route can be traced throughout the county, and is still in use for much of its length, with the agger surviving well in a number of places. Road alignments have altered at some points, notably near Offchurch, Eathorpe, Stretton on Dunsmore, Bretford, and Brinklow, but only at the last is there real doubt about the course of the road.
2 AP showing faint traces of alignment east of Offchurch and, possibly, at Eathorpe.
3 AP showing traces of alignment east of Offchurch.
4 – 6 APs showing possible alignment north of Stretton on Dunsmore.
7 – 8 A section of the Fosse Way at its intersection with the M40 motorway revealed two surfaces. The first, of gravel on a sandstone base, was 6m wide; this was sealed by a surface of large cobbles 4.8m wide. No side ditches were found. The road at this point appears to differ in its construction from lengths revealed adjacent to Roman settlements such as at Chesterton.
9 A section through the Fosse way to the south of Princethorpe identified a single road surface and part of the agger. However, during excavation of two sections in this area in 1959 and 1960 two distinct surfaces were identified. The lower road surface appeared to be constructed of smaller stones than the upper. (See WA 5374 and 3105).
10 The alignment of the agger at Offchurch, where the B4455 deviates from the course of the Roman Road, centred SP3749 6602, referenced in 2,3 is also visible on Google Earth satellite imagery (2010 layer).
11 Further information on the section of Fosse Way excavated in July 1989 in advance of the construction of the M40, including a poor-quality photograph (see 7–8). The primary road surface was flat, c.6.10m wide and consisted of rammed gravel on a base of sandstone blocks, with a total thickness of up to c.0.24m. Directly above this was a second surface, of large cobbles, up to c.4.80m wide and sharply cambered. Both the surfaces were cut by a recent field ditch; no associated dating evidence was found.