You are here: Home>Locations>Stoneleigh>Stare Bridge, Stoneleigh 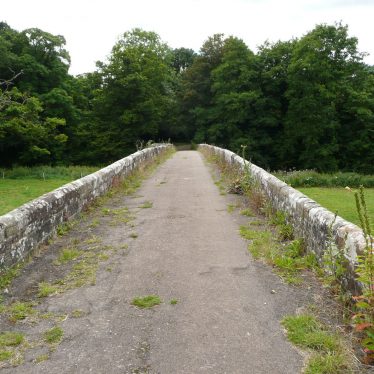 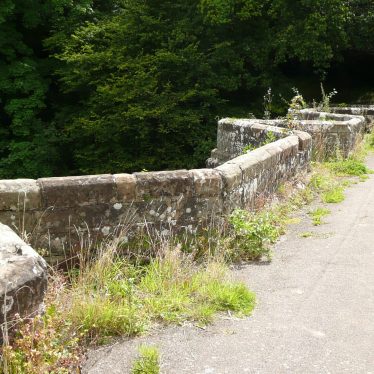 Pedestrian refuges, which only occur on the section bridging the river. Stare Bridge, Stoneleigh. 2017.
Image courtesy of William Arnold 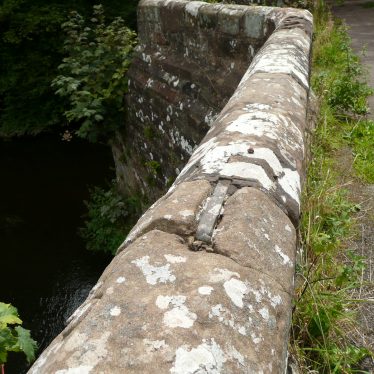 The only example of clamping on the parapet; it is in the section crossing the river. Stare Bridge, Stoneleigh, 2017.
Image courtesy of William Arnold 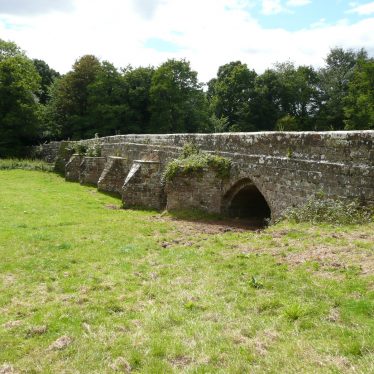 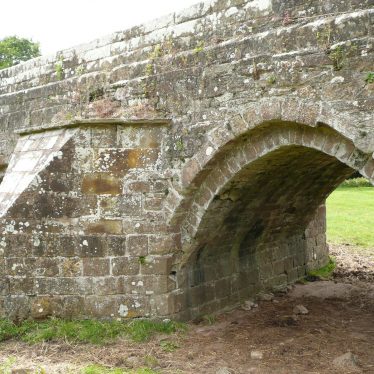 One of the arches of Stare Bridge, Stoneleigh; each of which is slightly different. 2017.
Image courtesy of William Arnold 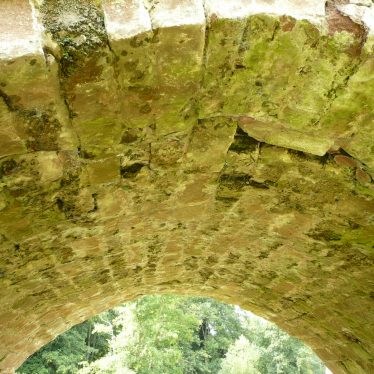 Vaulting of an arch of Stare Bridge, Stoneleigh, showing skilled use of different sized stones used to create it. 2017.
Image courtesy of William Arnold 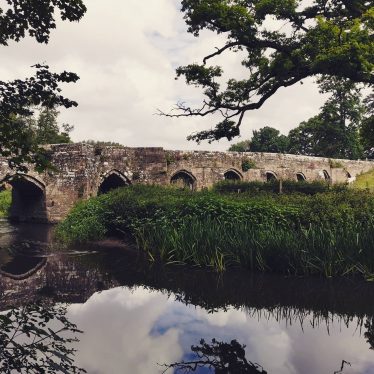 Stare Bridge, the remains of a red sandstone Medieval road bridge associated with Stoneleigh Abbey. It is situated to the east of The National Agricultural Centre.

1 A ‘fair bridge of stone’ commonly known as Stonebridge.
2 On an old road now bypassed stands a fine Medieval bridge of eight segmental arches, possibly built by the monks of Stoneleigh Abbey. It is 76.2m long and the average width between parapets is a little under 3m. The cutwaters are carried up to form recesses in the parapets which appear to be a later addition. An unusual feature are the seventeen buttresses on the downstream side, which appear to be an afterthought or addition. Only two arches usually take water, the others carry the long causeway.
3 Built of red sandstone and dating to the end of the 15th century. A long bridge of nine arches with a slight camber. Five arches at the S end are pointed, the next two segmental, and the remaining two pointed.
4 Scheduled as Warwickshire Monument No 11.
5 Contemporary in style and architecture to, and constructed of the same material as, the gatehouse of Stoneleigh Abbey, i.e. 14th century.
7 Scheduling information.
8 Late medieval of nine stepped arches with cutwaters in between.
9 Documentary information.