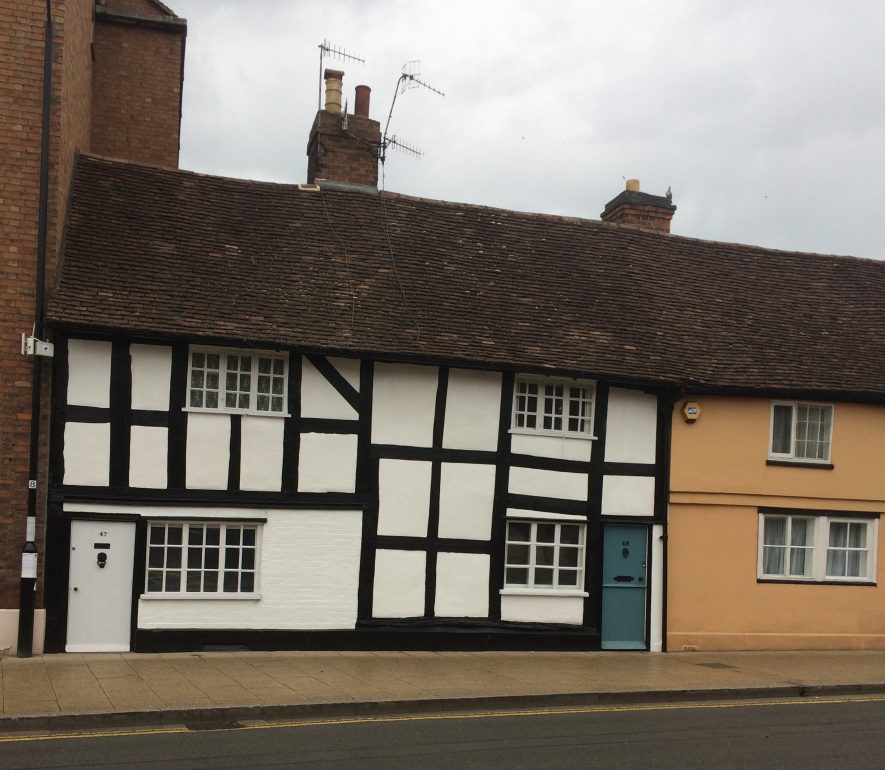 Site of historic public house situated on the east side of Rother street.

1 Site of Stag’s Head public house, 49 Rother street, Stratford upon Avon
Site of historic public house recorded on F White and Co.’s database which shows it in existence in 1874.
Situated on the east side of Rother street in the medieval area of the town.
Listed building record (DWA4522) gives a date of 16th century for the timber-framed building but records this as Tudor cottage.