You are here: Home>Locations>Atherstone>Site of Atherstone Hall 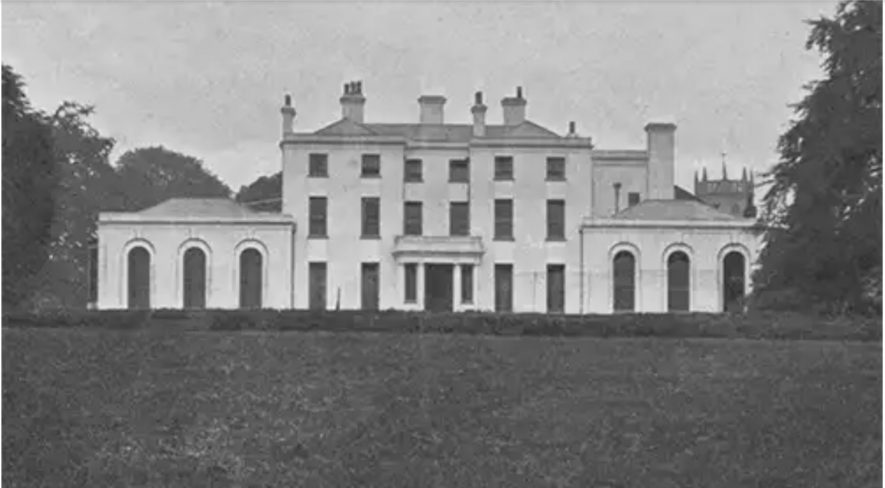 The site of Atherstone Hall which was built during the Post Medieval period. The site lies 150m south of Friary Road, Atherstone.

1 A late 18th century mansion with wings, on the site of an earlier house which was itself on the site of the Friary. Stuccoed. The main block facing N is of three storeys and of three bays, the central recessed and containing a projecting deep single-storeyed porch with Roman Doric columns supporting an entablature with panelled parapet. Six windows, generally unbarred, moulded cornice and parapet. The rear of S front is unbroken with seven windows, generally unbarred, a stuccoed doorcase in a moulded architrave, and rusticated angle pilasters, cornices and blocking courses. Flanking the main block are single storeyed pavilion-like wings, each (on the N) with three round-headed recesses, with moulded cornice and parapet, and a three-light bow window to the end. Interior has some handsome late 18th century rooms, particularly the ballroom.
3 There are no remains of the Hall, and a housing estate occupies the area.