You are here: Home>Locations>Loxley>RAF Wellesbourne Mountford 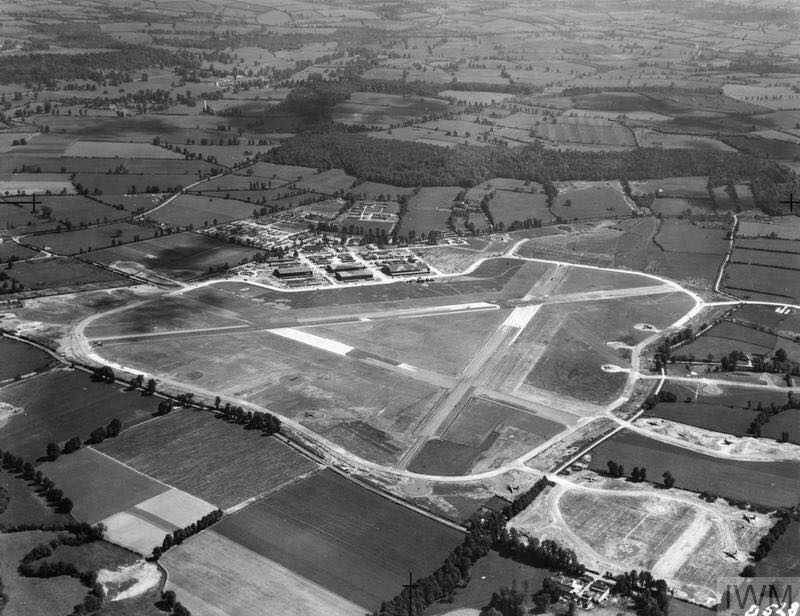 RAF Wellesbourne Mountford airfield was opened around 1940. After the Second World War, from 1945 to 1947 it was used by gliders and then the Air Training School used it until its closure in 1967. It is located west of Wellesbourne.

1 A three runway bomber airfield with Drem II approach lighting and 39 dispersal pads, built 1940/1. Major remains and features include:- 4 type T2 hangers about SP2654; 1 type J hanger at SP2654; bomb and explosive stores about SP2654. From 1941 to 1945 used by No22 Operational Training Unit. From 1945 to 1947 used by gliders. From 1947 to closure in 1962 used by Air Training School, School of Photography and Airfield Construction Branch. Station associated with: satellite airfields at RAF Gaydon (MWA 8026) and RAF Atherstone on Stour (MWA 7991); Pillerton Priors decoy site (MWA 8008); Priors Hardwick practice bombing range (MWA8013).
2 Student project report on the changing use of RAF airfields in the modern county of Warwickshire.
3 WCC records not normally available to the public.
4 Airfield plan – not to scale.
5 Plan.
6 Leaflet.
7 The first of Warwickshire’s Airfields to Open, on 14th April 1941. Built by John Laing and Son Ltd to accomadate a Bomber Comman Operational Training Unit. Three concrete runways were laid out in the conventional A pattern, with 39 hardstandings; these were spaced out around the airfield and lead from the long perimeter road. Rather unusually, a large J type hangar was erected, with four T1 types behind it set out in pairs. The technical site was set out immediately to the east of the hangars, and beyond that and across the perimeter road was the Communal or Domestic site. There were also five dispersed sites to the east and south of the airfield, with hutted accomadation for officers, NCOs and airmen, The Bomb stores were planned to the south of the airfield, on the edge of Wellesbourne Wood, with the Wireless Transmission site positioned to the west of the wood (see MWA7985). Detailed information and wartime plan.