You are here: Home>Locations>Lapworth>Packwood Hall Moat 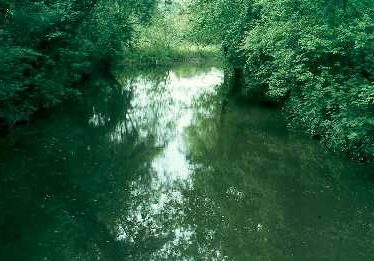 A Medieval moat on the 1886 Ordnance Survey map in Packwood, Lapworth
Open
Description of this historic site

Packwood Hall Moat, a wide ditch usually surrounding a building. It is of Medieval origin and is partially visible as an earthwork. It is situated at Packwood Hall in Lapworth.

1 In 1410 the Prior of Coventry had at Packwood ‘a manor surrounded with pools’.
2 Packwood House is enclosed by a moat full of water. There are traces of an outer moat around the outbuildings to the W. There is a possibility that what was believed to be an outer moat was really the remains of a former fishpond.
3 No trace of an outer moat or fishpond to the W could be distinguished, although a pond bay was identified (PRN 5428). Surrounding the house is a subrectangular waterfilled moat with a rounded NE corner. It measures overall 110m N-S by 75m transversely. The arms, with near vertical sides, average 10m in width and are 1.2m deep to water level. The moat is filled by surface drainage or by a spring.
4 MSRG Index Card.
5 This site designated as a scheduled ancient monument in July 1995. Access onto the moated site is by means of bridges across the western and eastern arms of the moat. Although these bridges are fairly modern, it is believed that they mark the original means of access onto the island.
6 Observation of groundworks for a conservatory within the moated site. No medieval structures or features were recorded.