You are here: Home>Locations>Radway>Obelisk Situated to the North of Edgehill Tower and South East of Radway village.

Obelisk Situated to the North of Edgehill Tower and South East of Radway village. 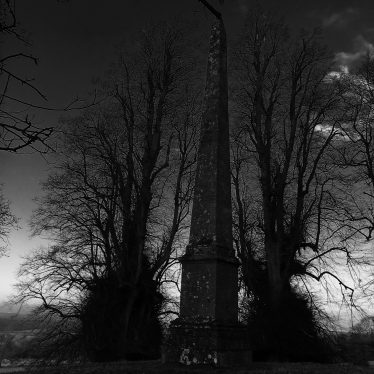 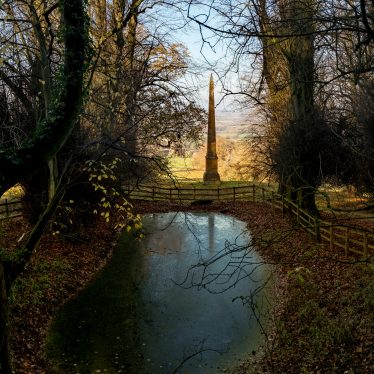 Obelisk erected 1854 on a hillside adjacent to a pond in the former Radway Grange estate. To commemorate Fiennes Miller's gallantry at the battle of Waterloo. Location is north of Castle Wood and to the north of Edgehill Tower (now the Castle Inn) in Edgehill village.

1 Obelisk. Dated 1854. Erected for Charles Chambers. Ironstone ashlar. High stepped and moulded plinth. Tall pedestal with moulded cornice. The inscription records that it was erected to commemorate the Battle of Waterloo and Colonel F.S. Miller’s gallantry in commanding the VIth Inniskilling Dragoons. It stands on a rise below Edgehill, visible from Radway Grange.
2 Erected in 1854 in local ironstone and surrounded by several ancient lime trees by Charles Chambers in honour of his neighbour and cousin by marriage, Fiennes Miller, for his gallantry at the battle of Waterloo in 1815. (Page 30 details his part in the battle). Situated above a pool created as part of a landscaping project on the Radway Grange estate in mid 17th century by Sanderson Miller, the grandfather of Fiennes Miller. Colour photograph of obelisk on page 31.

email
More from Radway
More from Monuments and Memorials