You are here: Home>Locations>Napton-on-the-Hill>Napton Windmill 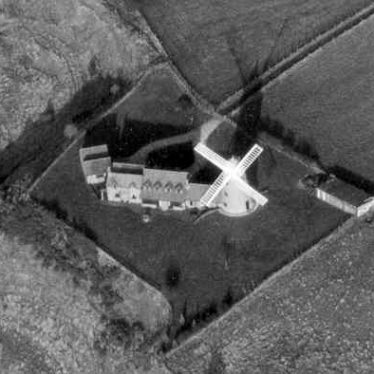 The windmill at Napton on the Hill
Warwickshire County Council 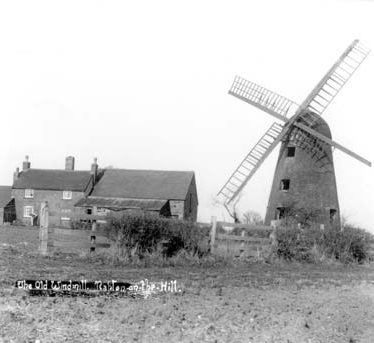 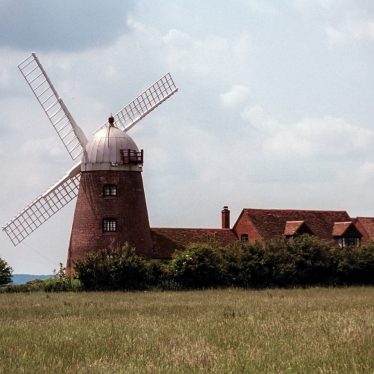 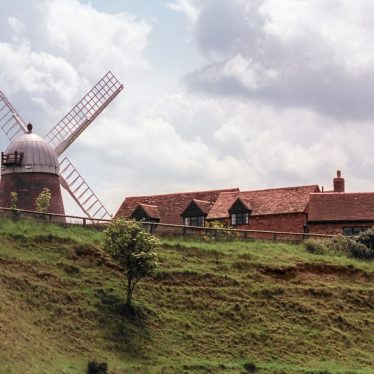 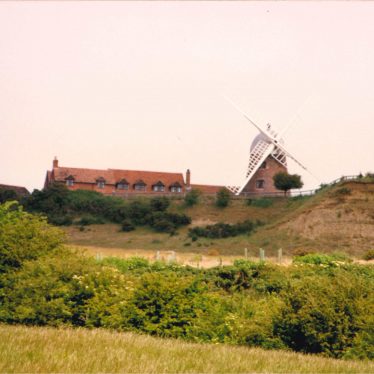 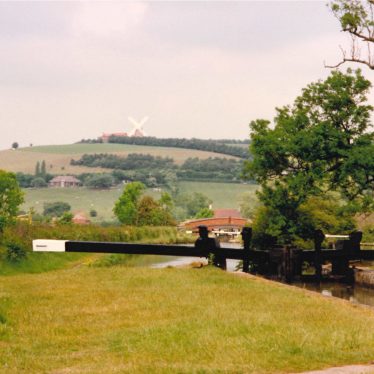 Napton Windmill from the Canal, c. 1989
Image courtesy of Paul Moore
Description of this historic site

Napton Windmill. A windmill was originally built on this location during the Post Medieval period. The current windmill dates to the Imperial period. It was later converted to a steam mill. It is situated on Napton Hill.

1 The hill is crowned by a windmill, whose predecessor can be traced as far back as 1543. There are frequent later references.
2 A four storeyed, once tarred, brick tower on a stone foundation with basement below ground level. It stands some 152m above OD on the edge of a great clay quarry, and has since its construction in the late 19th century been a prominent landmark. It has suffered a great deal from neglect, wind and weather. 1972: a superficial restoration of windows, doors, cap and new sails. 1976: a great storm snapped off two of its sweeps. Derelict but in fair condition. On small mound. First half 19th century. Originally had 2 common and 2 spring sails and 3 prs of stones. Ceased working by sail c1900 and by steam c1909.
3 The mill has now been converted into a house.
4 Much altered late 20th century, is not of special architectural interest.
5 A letter from 1965 concerned with saving the windmill.
6 Drawing of the windmill from 1974.