You are here: Home>Locations>Honiley>Moat 100m S of Poors Wood, Honiley. 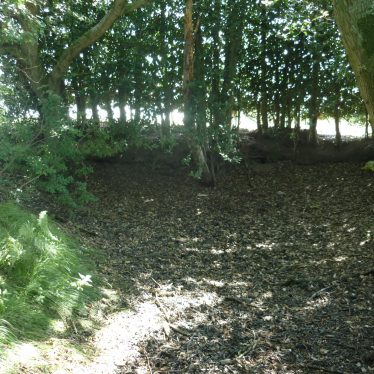 A Medieval moat, a wide ditch usually enclosing a building. It is still partly visible as an earthwork. The moat is situated 100m south of Poors Wood, Honiley.

1 Remains of a moat E of Heath Farm.
2 1968: An incomplete homestead moat with no surface evidence for buildings. 1976: Three arms of a moat, 70m square. The arms are 7m wide, 1.4m deep and now dry. Probably supplied by natural seepage and rainfall.
3 Noted in moated site survey.