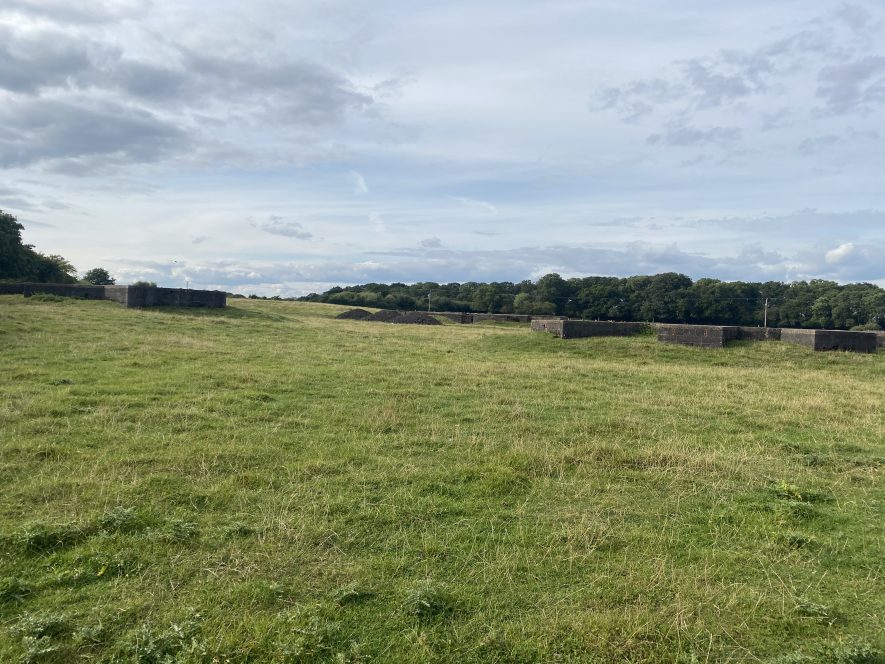 The site of a military camp providing temporary accommodation for British soldiers during the Second World War. It subsequently became a Prisoner of War camp. It was located 300m north west of Fox Covert, Leek Wootton.