You are here: Home>Locations>Wolston>Marston Mill, Wolston 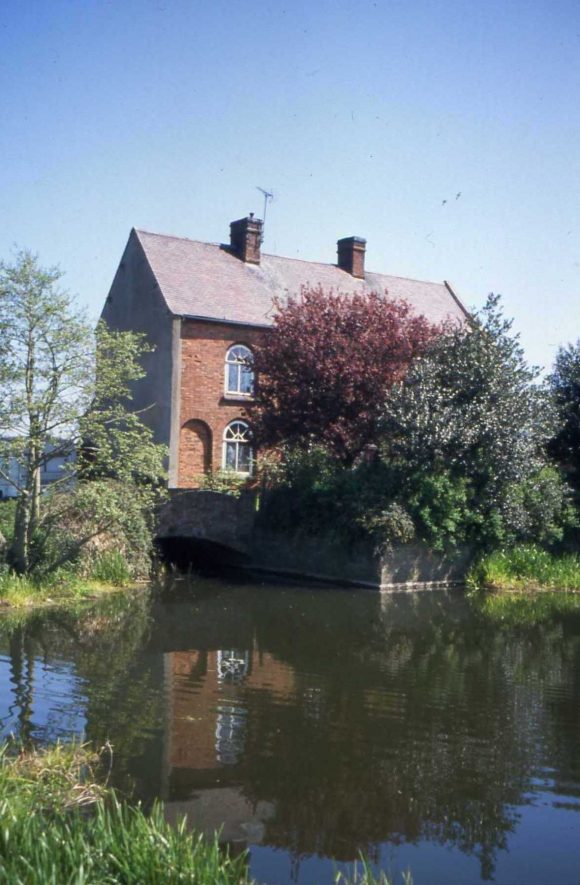 Marston Mill, a watermill that was built during the Medieval period. It continued to be used until the 1920s. The mill itself was subsequently demolished but the mill house is still standing. It is located 1km north east of Wolston.

1 The mill may be the one included in the survey of Wolston in 1086. It became the property of Combe Abbey in the 12th century. On Henry Beighton’s map of 1725 the mill is named as ‘Mervin’s Mill’. Details of ownership exist from the mid 19th century onwards. The last miller is recorded in the 1920s. The mill, a small brick building with a lucam on the gable end, was demolished many years ago. The foundations are still visible, as is the wheel pit which lay between the mill and the adjoining mill house. The course of the head race can be followed back to the site of the weir and sluice gates on the river. The fine mill house, with its semi-circular headed windows, is still occupied.
2 Marston Mill is the last remaining building of any size in Marston. It is of late 18th century or early 19th century, of 2 stories, red brick with a tile roof. The main front has 3 bays of arched, casement windows. The mill is now a farmhouse, and the only evidence for it being a mill is a brick tunnel over what was the race. There was probably a further mill building over the river, to the NW of the house.