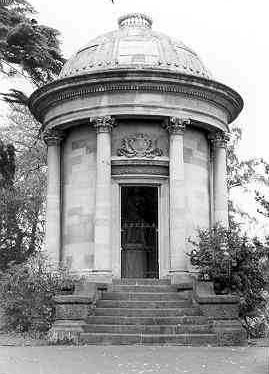 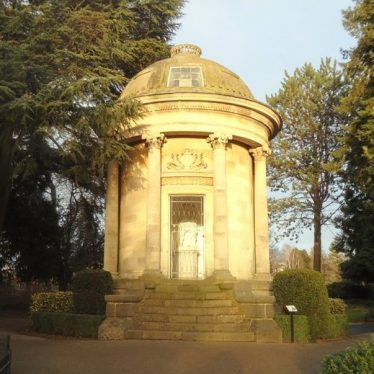 The Jephson Memorial, a white marble statue of Dr Jephson erected in the Imperial period. It is situated in Jephson Gardens, south west of the clock tower.

1 White marble statue of Dr Jephson, by Peter Hollins of Birmingham, which was exhibited in the Royal Academy in 1848. Statue contained in a circular, stone, domed Pavilion with Corinthian order and eight attached columns.
2 The statue and the pavilion are in fine condition.
3 Photographed in 1979.