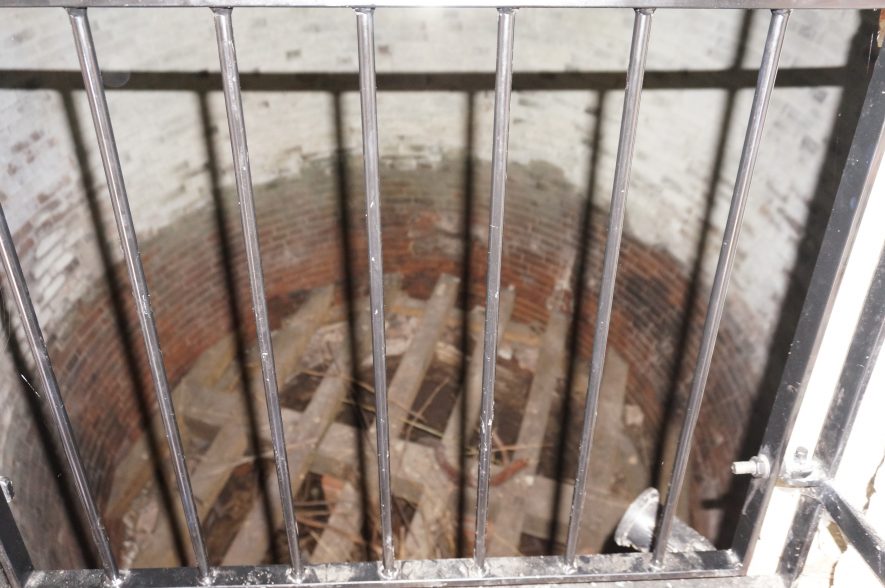 The site of an icehouse which was in use during the Imperial period. It is situated 200m east of Compton Verney House, Compton Verney. It is built of red brick and is marked on the Ordnance Survey map of 1886.

1 Ice house marked.
2 Built of red brick with a barrel vaulted ceiling. The building is an above ground structure, but concealed by a mound of earth. It was probably built to serve the house built in 1780, suggesting a date of construction in the late 18th or early 19th century. It is now much dilapidated, part of the roof had caved in, and the walls are falling down.
3 It is proposed to restore the icehouse; prior to this the roof was archaeologically excavated to see if any details could be recorded of its construction. No evidence for postholes on or into the surrounding stone wall was found. A further fragment of wood was recorded on the edge of the perimeter wall.
48 Ahead of restoration proposals, an area around the icehouse was investigated. A record was made of the orginal brick dome roof which had a circular hole punched through, later infilled with broken bricks, A stone perimeter wall was found to be overlain by a mortar ‘bank’.
5 Observation of removal of rubbish from the interior of the icehouse. As part of this project, documentary research was carried out on the icehouse. The icehouse was finished in 1771-72 by Capability Brown. It is first shown on the 1818 Padley Estate map. It is believed to have gone out of use in the 1920s; it is shown as derelict on photos from the 1950s.
6 Several interesting architectural elements were recorded during resotration works. These included stone pads indicating where the doors would have been along the passage. The remains of an earlier passage was also found.
7 Short ‘beehive’-shaped tunnel facing N, approximately 8 ft (2.5 m) long, 2 ft (0.6 m) wide, and 4 ft 6 ins (1.35 m) high, opens into the egg-shaped void. Overall height is a maximum 15 ft (4.5 m), and there is a fall of 8 ft (2.5 m) from the tunnel floor to the base. Diameter not recorded but is likely to be approximately 14 ft (4.25 m).
Beamon and Roaf state that it was visited by A.J. Dorin, of the Nature Conservancy Council, in 1987.