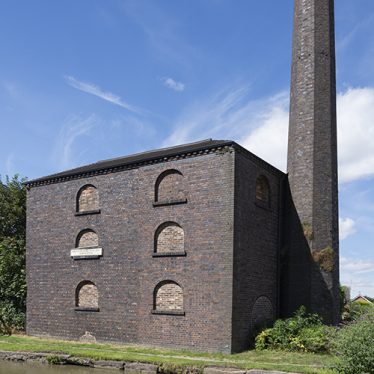 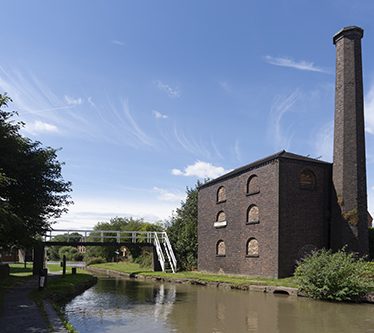 Hawkesbury Junction Engine House, a pump house whose function was to maintain the water level. The engine house is still largely intact. These were built during the Imperial period and were situated at the junction of the Oxford and Coventry canals.

1 The junction of the Coventry Canal (1768) and the Oxford Canal (1769) has several features of interest: The engine house was erected in 1821 to house the very early Newcomen engine (1725) acquired from the nearby Griff Colliery. The engine, which maintained the water level in the canals, it has since moved to Dartmouth but the brick built engine house is substantially intact. It is three storey with small round headed windows.