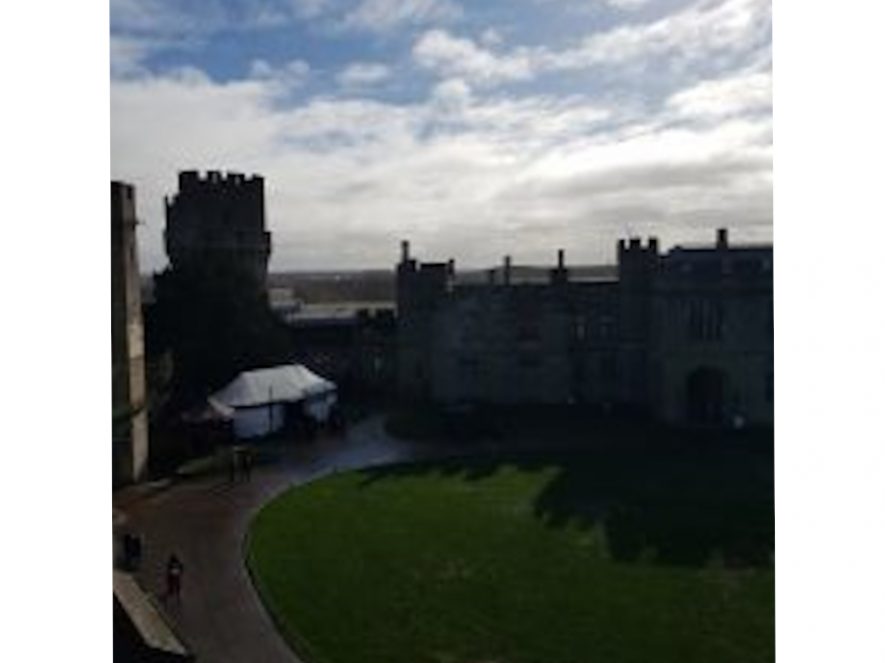 The castle was refortified just before the Civil War. It was besieged for around 2 days by Royalist forces led by the Earl of Northampton in August 1642. A number of features, some still visible, have been recorded.

1 The castle was refortified just before the Civil War. It was besieged for around 2 by Royalist forces led by the Earl of Northampton in August 1642. Warwick was briefly captured at the same time. Evidence of the siege is shown by around 100 musket ball holes visible low down on the outer faces of Guys Tower. An earthwork gun battery was built on the motte and the walls leading up to this were loopholed for muskets. The blocked loopholes are visible on the interior of these walls and a single example remains open. A crenellation in the Watergate tower (a.k.a the Ghost Tower, a.k.a the Princess Tower) is also blocked up and has a musket loop cut through the blocking. A sally port in the Bear and Clarence tower might also date to the Civil War.
2 Photographs taken by B. Gethin. These show the musket ball holes in Guy’s Tower and musket loops in one of the walls up the motte.