You are here: Home>Locations>Fenny Compton>Church of St Peter and St Clare, Fenny Compton 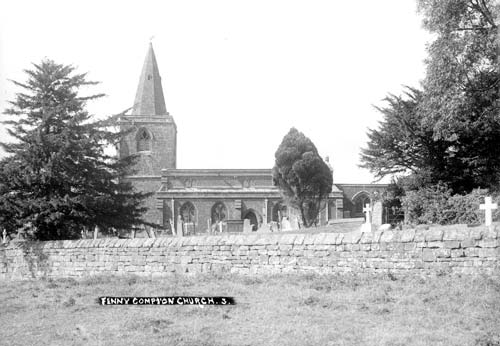 The church of St Peter and St Clare was built during the Medieval period and was restored in 1879. It is situated in Fenny Compton.

1 Chancel, nave, N and S aisles, N porch, and W tower with spire. The earliest features are the chancel arch and part of the N arcading, dating from c 1320-30; the chancel was rebuilt then and a N side added to an existing nave. The aisle and arcade were rebuilt late in 14th century, when the W tower and spire and N porch were added. The nave clearstory was raised in the early 16th century. The building was restored in 1879. The church is first recorded in the reign of Henry I (1100-1135).
4 A case in the church contains fragments of Medieval stained glass recovered when the N aisle was excavated in 1879.
5 Listing description.

email
More from Fenny Compton
More from Chapels and Churches