You are here: Home>Locations>Beaudesert>Church of St Nicholas, Beaudesert, Henley in Arden 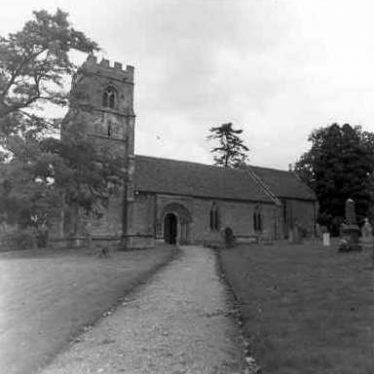 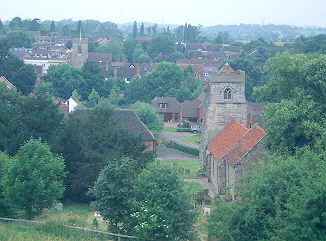 The Church of St Nicholas which was originally built during the Medieval period. It is situated 300m south east of the police station, Henley in Arden.

1 Chancel, nave and W tower. A fine example of the mid 12th century, but has suffered alterations of a peculiar nature. It preserves most of the original chancel walls, a fine chancel arch, and a much restored doorway now in the S wall. 15th century W tower built almost wholly S of the original axis of the nave. For some unknown reason the nave N wall was subsequently removed and the present N wall erected, perhaps in the late 16th century, some 1.5 or 1.8m within the position of the old wall, encroaching directly on the N respond of the chancel arch. Possibly this reduction in width of the nave was to provide a smaller span for the roof. The chancel lost its original vaulting and the nave, which probably had a range of upper windows, was reduced in height. The lower part of the S wall does not appear to have been much disturbed but the doorway is set in a greater thickness than the wall and it is probable that it was originally in a thick W wall and was reset by the builder of the tower. The church was restored in 1865, when the chancel was again provided with vaulting. 15th century font.
2 Plan of the church.
3 Photographs of the exterior and interior.
4 Unsafe ground suggested as reason for shifting the nave N wall, also for the unusual position of the tower and the provision for it later of a large N buttress.
7 Photographed in 1979.
8 Photograph of the lych gate.

Linkedin
More from Beaudesert
More from Chapels and Churches