You are here: Home>Locations>Warmington>Church of St Michael, Warmington 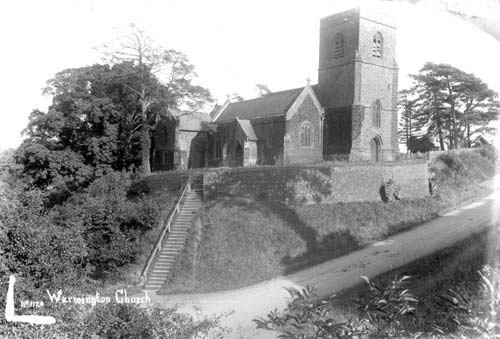 The Church of St Michael which was originally built during the Medieval period. It was largely restored during the Imperial period. The church is situated on Church Hill, Warmington.

1 Chancel, N chapel with a priest’s chamber above it, nave, N and S aisles and porches and a W tower. The nave dates from the 12th century. No detail is left to indicate its exact date but it was of the proportion of two squares, common in the early 12th century. A N aisle was added in the mid 12th century and a S aisle was added in the late 12th century. After about a century a considerable enlargement was begun. The nave was lengthened E and a new chancel built. The W tower dates to about 1340-5. There have been many repairs and renovations, notably in 1867 and 1871.
4 Listing Description.