You are here: Home>Locations>Tanworth-in-Arden>Church of St Mary Magdalene, Tanworth in Arden 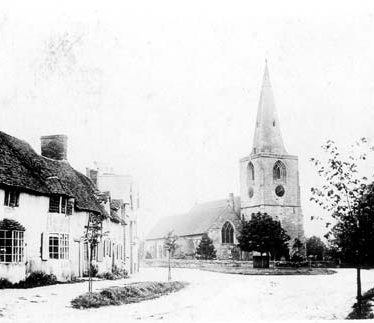 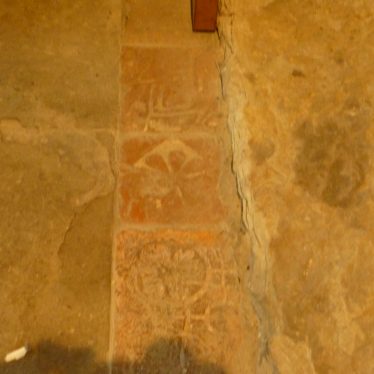 Medieval Tiles in the chancel of Church of St Mary Magdalene, Tanworth in Arden. Made by the clay being grooved and the grooves filled with white pipe clay before firing. 2019
Image courtesy of William Arnold
Description of this historic site

The church of St Mary Magdalene dating mainly to the Medieval period, but with some later restoration. It is located in the centre of Tanworth in Arden.

1 Chancel, nave, wide N aisle, N and S porches and W tower with spire. A period from the late 13th century to c1330-40 covers the whole of the architectural details of the building, apart from the modern work. The development appears to have been as follows: an early 13th century chapel, represented by the wide N aisle, into which new windows were inserted at the end of the century, followed very soon afterwards by the complete enlargement of the church, beginning probably with the lower part of the tower and the W half of the nave; then the E half and the chancel, which is deflected to the S of the axis of the nave. The nave may have had a S aisle within it, but there are no traces of a S arcade. The upper half of the tower is not much later than the lower. In 1790 the N arcade and N and S porches were demolished. The arcade and N porch were rebuilt in the restoration of 1880, the S porch only recently. A chapel at Tanworth is mentioned in the early 12th century; by 1202 it had become an independent parish church.
2 Photograph of the chancel.
3 Nearly everything is of c1300-30.
4 A wall in the aisle of rougher masonry than that of the rest of the church is perhaps of early 13th century date.
5 Nave floor level lowered as part of late 19th century restoration. Original level of chancel floor visible to N and S of altar. Heating ducts – W end of nave. Vaults indicated by 18th century memorials on S wall of nave. Chancel floor now c15cm above original. NE and SE chancel – small areas original floor level visible, with medieval tiles. S porch – steps down to nave floor. External drains – whole exterior. Earthworks in field to SE of churchyard. Probably poor survival of below-floor deposits, except in chancel where much of original floor appears to survive.