You are here: Home>Locations>Charlecote>Church of St Leonard, Charlecote 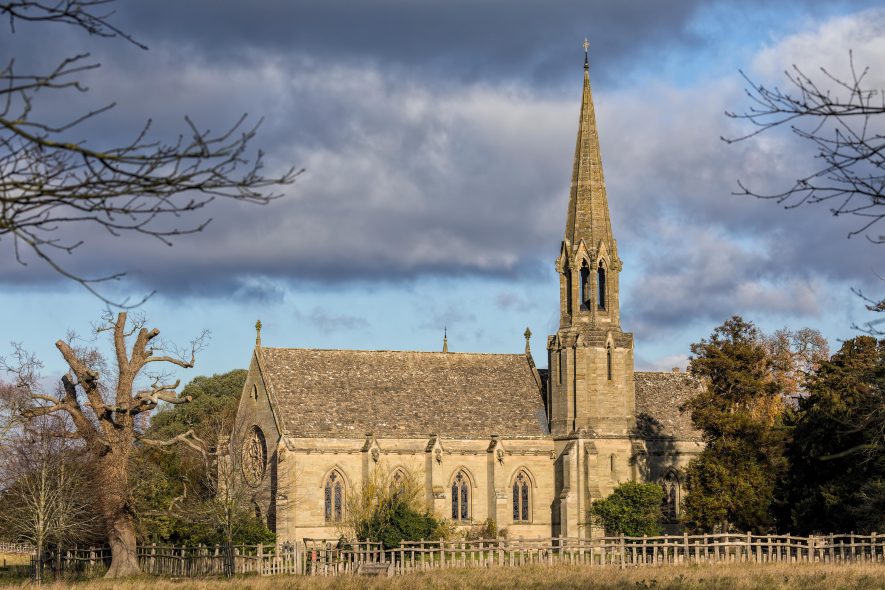 The Church of St Leonard was originally built in the Medieval period but was completely rebuilt in 1851 by John Gibson. It contains Lucy family memorials from the 16th and 17th centuries, and there is also a 12th century font. It is situated at Charlecote.

1 Chancel, N chapel, N organ-chamber, tower (S of the chancel) and nave. The chancel and nave are vaulted. The tower is octagonal in the upper part and is surmounted by an octagonal stone spire. The only piece of re-used construction appears to be the roof of the organ chamber. This has a barrel-vaulted ceiling with panels, moulded ribs, and carved bosses of the 15th century, probably from the former chancel. Modern font, but there is a second font probably of the 12th century. In the N chapel are memorials to the Lucy family of the late 16th and 17th century.
2 By John Gibson, 1851-3.
4 Noted.