You are here: Home>Locations>Marton>Church of St Esprit, Marton 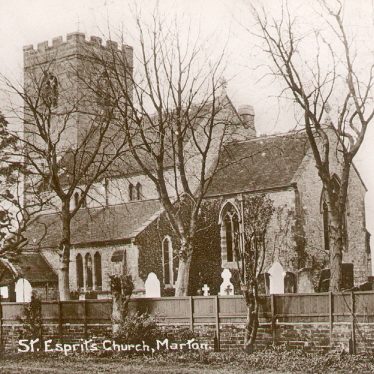 View of the exterior of St Esprit's Church, Marton. 1910s. In the Middle Ages the church was appropriated by a French Order of Nuns in Nuneaton who dedicated it to the Holy Spirit, hence the strange, probably unique, name.
IMAGE LOCATION: (Warwickshire County Record Office)
Reference: PH, 352/120/8, img: 6945
This image is subject to copyright restrictions. Please see our copyright statement for further details. 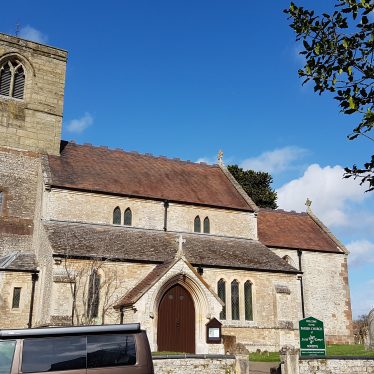 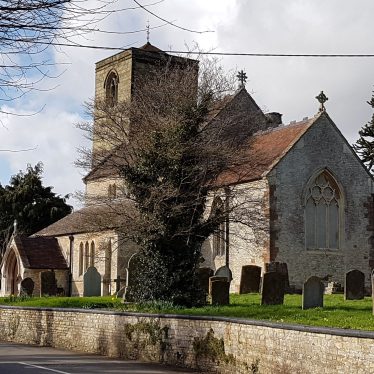 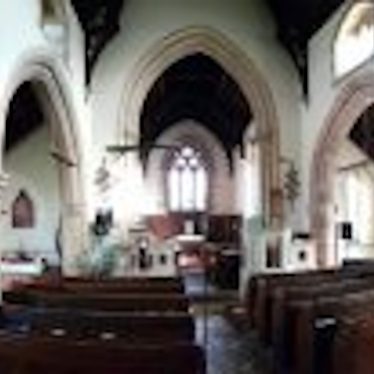 Interior of the Church of St Esprit, Marton
Image courtesy of Stephen MacDonald-Brown
Description of this historic site

The Church of St Esprit which was originally built during the Medieval period. It was almost completely rebuilt in the Imperial period. The church is located 250m due south of Marton Bridge.

1 Chancel, nave, N and S aisles, W tower, organ-chamber, and S porch. Almost entirely rebuilt in 1871; all that remains of the earlier church is the lower stage of the tower and the S arcade, both of the mid 14th century, and an early 13th century S doorway. Squared and coursed limestone with stone dressings and all the roofs are tiled. The church is first recorded in the mid 12th century. It is probable that it was a ‘hundredal’ church, a mission-centre serving a wide district.
2 Drawing of c1820.
3 St Esprit a very exceptional dedication. W tower 13th century and later. One lancet to the N.
5 Noted by Ordnance Survey.