You are here: Home>Locations>Long Compton>Church of Saints Peter and Paul, Long Compton 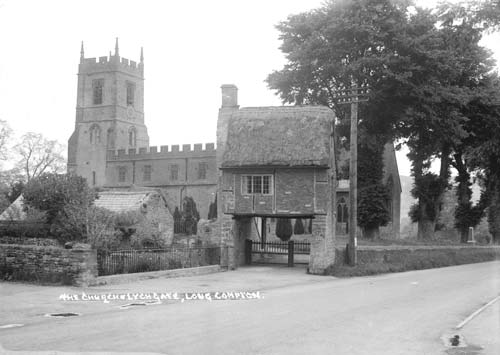 The Parish Church of Saints Peter and Paul. Dating back to the Medieval period, this church underwent alterations in the 14th through to the 20th Centuries. It is situated south west of Craw Bridge, Long Compton.

1 Chancel with S chantry-chapel (now the vestry), nave, N aisle, S porch, and W tower. Of 13th century date, the nave probably early and the W tower later. N aisle added very early in 14th century, and new windows like those of the aisle inserted in the nave S wall. Chancel may also have been rebuilt and enlarged at this time. S porch probably late 14th century. Clearstorey and new roof provided in first half of the 15th century. Interesting carved corbels. Later in the 15th century the tower was heightened by another stage and the tiny chantry or sacristy S of the chapel was built. Several modern restorations; in 1862-3 the chancel was very drastically restored and the roofs repaired or reconstructed. Further repairs 1900 and 1930. Font and other furniture are modern. In the porch is an ancient recumbent effigy of a woman, now very badly worn, but with features of the early 15th century. There was a priest, indicating a church, here in 1086.
2 Plan of the church.
3 Photograph of the exterior.
4 In the porch early 14th century female effigy, almost completely defaced.
5 Listed building description.
6 Noted by Ordnance Survey.
7 Archaeological observation within the church revealed fragments of carved stonework, including part of a 12th century window and other stone dating from the 12th to 15th centuries, used in the blocking of a former doorway into the towers. These were probably from earlier phases of the church.
8 Notice from the architect about work to be carried out.