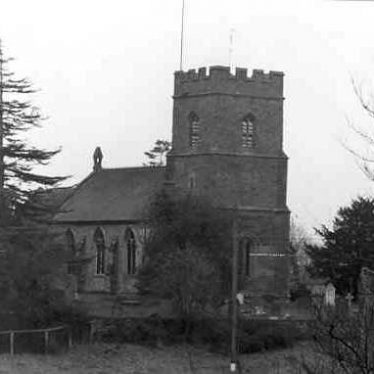 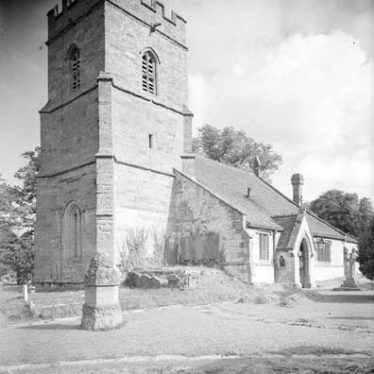 The Church of Saints Peter and Paul. Originating in the Medieval period, this parish church underwent several alterations through to the 19th Century. The church is situated due south of the Manor House, Butlers Marston.

1 Chancel with S vestry and organ chamber; nave, S aisle with porch, and W tower. Nave probably marks the original 12th century or earlier nave; the earliest apparent addition was a narrow S aisle of mid-late 12th century date of which the three-bay arcade survives. Chancel seems to have been rebuilt or enlarged in the 13th or 14th century. S aisle widened in 14th century. 15th century W tower. 17th century nave roof; the others are modern. The side walls of the chancel were refaced externally, if not mostly rebuilt, in the 18th century. Drastic restoration in 1872, including the rebuilding of the nave N wall, renewal of the chancel arch etc. 15th century font; pulpit of 1632. There was a priest, implying a church, at Marston in 1086.
2 Plan of the church.
3 Photograph of the south arcade.
4 Externally a Perp W tower, a 17th century S aisle, and otherwise mostly Victorian, but inside a Late Norman S arcade.
5 Listed Building description.
6 OS card.