You are here: Home>Locations>Brinklow>Brinklow Arches to N of Brinklow

Brinklow Arches to N of Brinklow 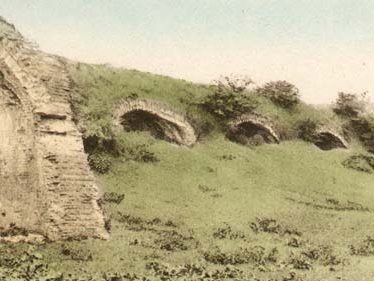 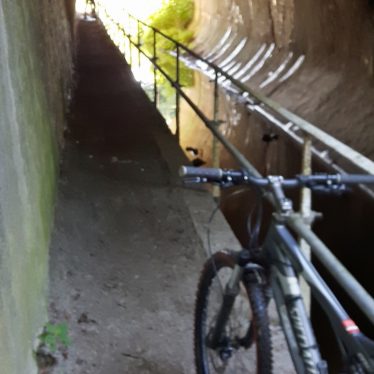 Inside one of the Brinklow arches.
Image courtesy of Freddie Gibb 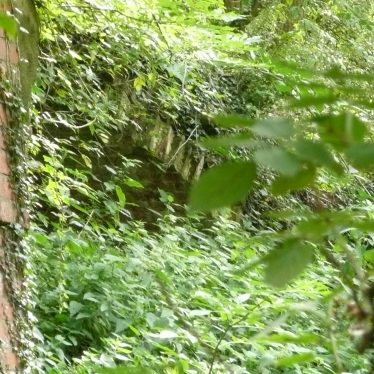 2017 the first arch at Brinklow is now much obscured, but still there.
Image courtesy of William Arnold 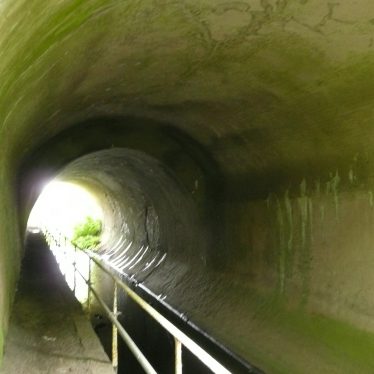 The change in the profile of the roof obviously marks where the widening of the aqueduct began.
Image courtesy of William Arnold 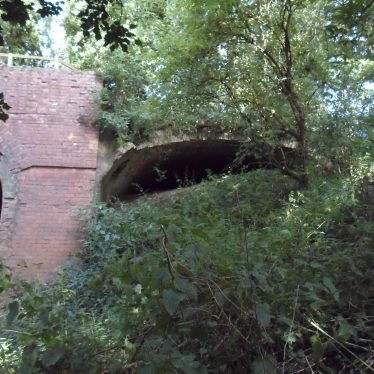 A photograph I took in 2014, by way of tracing what remains to be seen of Brindley's aqueduct in Brinklow. (Incidentally, an admiring description of it appears in a letter to the 'Oxford Journal' of 11 January 1772)
Image courtesy of Victoria Owens
Description of this historic site

Brinklow Arches, a canal aqueduct which was built during the Imperial period. It is still in use and is situated 300m west of Hare Spinney.

1 Built at a cost of £12000, this magnificent structure consisted of 12 arches, each of 22′ span, built of square stone and bricks and was connected to a 600′ embankment at one end and a 400′ embankment at the other. As built, the 12 arches were used as follows – one was over a stream and 2 kept as passages. The keeper occupied one, the next was used as a stable, the next as a store room for hay and straw, the next as a forge, the remainder being intended for dwellings, though whether they were lived in is doubtful. The aquaduct was widened in the 1830’s by the building of an embankment along one side.
2 The arch crossing the stream is visible, as is the one to the south of this. The rest appears to have been hidden by further embanking to the west.