You are here: Home>Locations>Shuttington>Alvecote Priory House 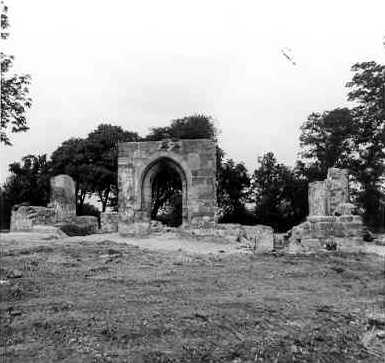 A house that was built in the Post Medieval period and incorporates building material from the Benedictine priory that stood on the same site. The house lies 250m northeast of Alvecote Grange.

1 Dugdale refers to a monument commemorating William Burdet and this would appear to indicate that at least part of the church at Alvecote was still existing in 1656. The house may, therefore, have been rather later.
2 An 18th century house was built on the site of the priory and incorporated a 14th century doorway.
3 An early 18th century regular two storied house in ashlar embodying medieval masonry. 6 stone transoned mullioned windows, a 14th century doorway and extensive Medieval cellarage.
7 Assessed for presentation.
8 Alvecote priory was dissolved 1536. The buildings were converted into a private house which was rebuilt in 1700. This later house fell into disuse and decayed until it was demolished in the 20th century.