You are here: Home>Locations>Shuttington>Alvecote Priory Dovecote 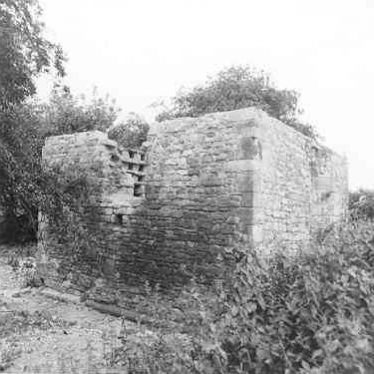 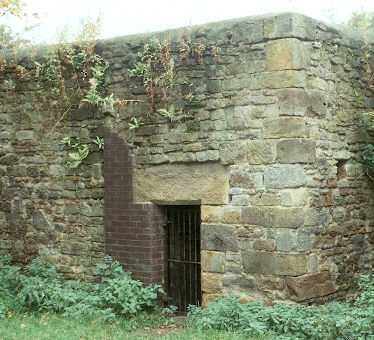 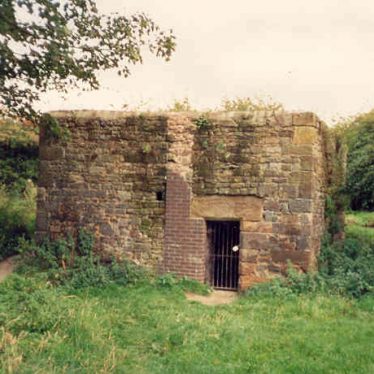 The site of a dovecote, a house for doves or pigeons. It was associated with the Benedictine priory at Alvecote. The dovecote dates to the Medieval period and has been built in stone, with later repairs in brick. It lies 250m northeast of Alvecote Grange.

1 The earliest recorded dovecote in Warwickshire. It is mentioned in a survey of Alvecote Priory lands of 1291. Only the lower portion survives, the upper part is of brick and probably 17th century. The W wall has a low square headed doorway and two buttresses. An alighting ledge of stone projects under each alternate tier of holes. 720 nest holes and remains of a potence post survive. The building is roofless and overgrown.
2Dimensions of the dovecote.
3 The dovecote contained about 350 pigeon holes, is roofless and derelict.
4 Description of buildings at Alvecote Priory including the remains of medieval wall and the barn to the west.
5 Position of dovecote marked on map.
6 A square stone building which has been raised in brick. It is now roofless.
7 Discussion for the protection of the dovecote.
8 Photos of the dovecote c1930-45.
9 Survey drawings of the dovecote.
10 The dovecote has now been re-roofed.
11 This structure is in two phases: the lower part is of stone, the upper part is in brick faced in stone. The interior is lined with nesting boxes. Claimed to date from 13th century.
12 Recorded in Foster Dovecote Survey.
13 MPP Assessment notes dovecote is unusual in having two distinct phases, the earlier (14th century) having important associations with the Priory (WA 177). However, integrity of both phases compromised by unsympathetic repairs.
14 Dovecote is believed to be monastic in origin. The earliest record of a dovecote in Warwickshire is that documented at Alvescote in 1291. The dovecote is square 3 by 3 meters ans is of massive stone construction with a modern concrete roof and small square headed doorway in the western face. It survives to a height of 2m and includes over 300 L-shaped nest holes with stone alighting ledges. The position of the original potence is clearly visible in the floor.
15 Scale drawings from 1979.