You are here: Home>Locations>Shuttington>Alvecote Priory 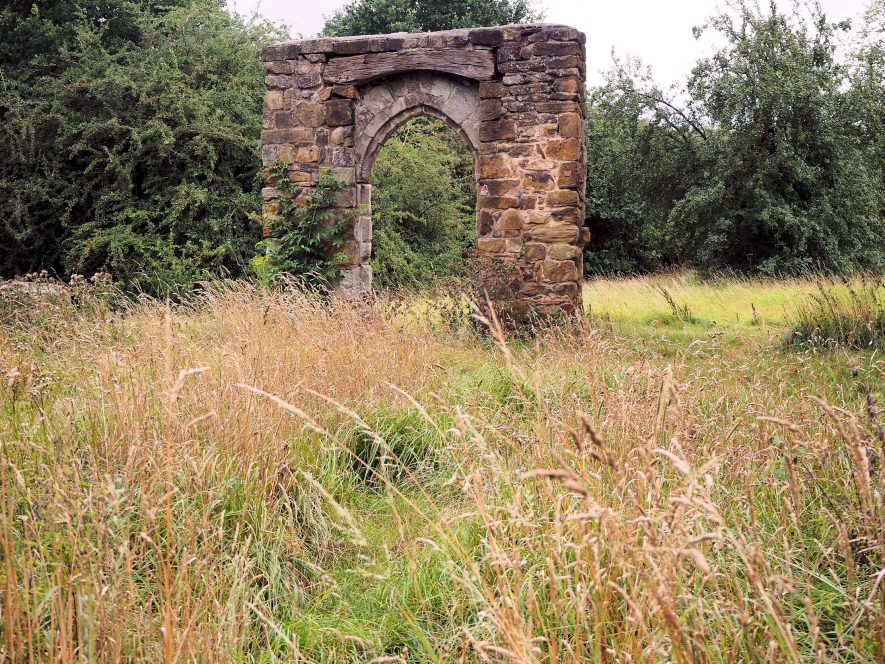 The site of Alvecote Priory, a Benedictine priory of Medieval date. Ruins of the medieval building and the 18th century house built on the same site are still standing. It was situated 200m north east of Alvecote Grange (modern name).

1 A colony of Benedictine monks was founded at Alvecote in 1159 by Willan Burdett. The cell was dependent upon Great Malvern Priory. The colony was dedicated to St Blase, it was small and poor with a net income c.1535 of £28 pa.
2 The remains consist of the door and cellarage of a dwelling house and a 30ft stretch of wall. Tiles of medieval and Imperial date were found on the site and donated to the County Museum.
3 It was usual for four monks to be located at the colony, but in spite of its small size it was disolved in 1536.
4 A licence to collect alms for rebuilding in 1334 is consistent with most of the surviving remains – a north and an east wall of a building said to be a chapel. Incorporated in an 18th century house, the roof and hall running north and south, now decayed, and perhaps the core of the east wall of the house – also a 14th century doorway.
5 Buried, earthwork and standing remains of Alvecote Priory and dovecote. Small Benedictine priory founded in 1159 by William Burdet, it later became a cell of Great Malvern Priory. Alvecote Priory appears to have regularly housed four monks and their servants. In the 14th century its buildings were refurbished. It was dissloved in 1536 and the buildings converted into a private house which was rebuilt 1700. This house was demolished in the 20th century. The surviving building remains date from the 14th century and are believed to be the undercroft of a domestic building forming part of the priory. Partial excavations in 1956 uncovered further medieval remains.
6 Scheduling information from 1967.
7 Correspondance regarding scheduling.
8 Correspondance regarding the preservation and possible excavation of the priory
9 Warwickshire Dovecotes, relevant pages.
10 Correspondance regarding a planning application in 1998.
11 History and legend of the foundation of the Priory in 1159. The Priory was refounded in the 14th century as a Benedictine cell of Great Malvern Priory. List of priors included and some details of its holdings.