You are here: Home>Locations>Rugby>She Has Set Heights in Her Heart: Rugby High-Lights

She Has Set Heights in Her Heart: Rugby High-Lights 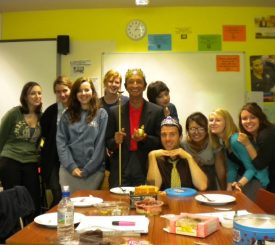 Crowning our teachers King and Queen of the English Department!
Image courtesy of Becky Hemsley 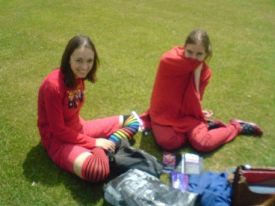 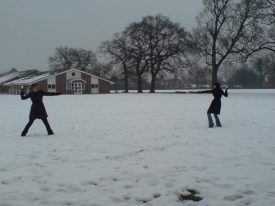 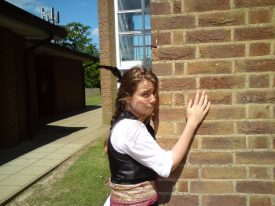 Reading Ruth’s article on the Rugby High School anthem has reminded me of a lot of old Rugby High traditions that we knew and loved!

For example, there was the ‘Decorated Classroom’ competition at Christmas, which had to include a theme. Our dear Hepworth form generally lost (boo hiss), until we did a zombie theme and emerged from cupboards dancing to Michael Jackson’s Thriller. There was also the ‘Decorated Stall’ competition for the Christmas fair, which our class was significantly better at! We won most years, following weeks of keen crafting sessions in the form room at lunch. We always voted on a charity for our class to raise money for, which was actually a really good opportunity to think about causes we cared for and advocate for them.

Of course, we also loved a good old fancy dress day. My form tutor one year was a lovely chap who once said that if we all donated £2 to cancer research he would spend the day in a pink tutu and feather boa. He was true to his word and I have to say looked fabulous!

A dearly loved day was always Book Character Fancy Dress Day, in which the English Department always outshone the rest of us. The female teachers traditionally dressed as male characters and vice versa – it was a splendid sight!

My most dedicated outfit was a character called Door from the Neil Gaiman book Neverwhere. That morning my family had caught a live mouse in the kitchen and since my character was a bit of a vagabond we decided it was an excellent addition to my get-up! I took it on the bus in a hole-punched box in my pocket and amazed by classmates. I think maybe the school cooks wouldn’t be impressed to hear that I released it at the bus stop!

Other memories and highlights included: